The root cause of gender-based violence is inequitable gender norms, let’s consider some firm actions that we can take all year long to end GBV

What is gender-based violence?

There are many different definitions of gender-based violence (GBV). GBV can broadly be defined as ‘…the general term used to capture violence that occurs as a result of the normative role expectations associated with each gender, along with the unequal power relationships between genders, within the context of a specific society.’

GBV occurs as a result of normative role expectations and unequal power relationships between genders in society.

The expectations associated with each gender vary from society to society, but the patriarchal power structure is a common factor. Male leadership is seen as the norm and men hold the majority of power.

Patriarchy is a social and political system that treats men as superior to women.

In a patriarchal society, women can’t protect their bodies from violence, meet their basic needs and participate fully in society. Gender-based violence is a global problem with the same root cause – inequitable gender norms.

What are the forms of gender-based violence?

There are many forms of GBV. GBV can be physical, sexual, emotional, financial or structural and can be perpetrated by intimate partners, acquaintances, strangers and institutions.

Structural violence is described as violence that is built into structures, appearing as unequal power relations, and consequently, as unequal opportunities affecting certain groups, classes, genders or nationalities of people. Political and social norms change can address structural violence.

We know that GBV levels are high, but we don’t always have accurate statistics due to many factors, including the fact that most incidents aren’t reported.

GBV is very high in South Africa when compared to global levels. On average, one in five South African women older than 18 has experienced physical violence. Thousands of women and children are psychologically harmed by GBV and suffer long-term trauma and harm to their lives.

The main drivers as shown by the available statistics are intimate partner violence and non-partner sexual violence. Gender-based violence permeates all structures of society – political, economic and social -and is driven by entrenched patriarchy and complex and intersectional power inequalities found in race, gender, class and sexuality.

How can we end gender-based violence?

We’ve made much progress in addressing the high levels of GBV. We are better at defining and understanding GBV. We are better at collecting data and evidence to identify and support effective interventions. We’ve seen relatively improved awareness and access to services. Despite the gains, gender-based violence is still a big problem.

So, how can we effectively address the fundamental inequalities to end GBV? An excellent starting point is recognising that women’s rights are human rights.

South Africa has a strong legislative framework and is a signatory to several international treaties on GBV. Examples include the Domestic Violence Act (DVA), the Sexual Offences Act, and the Prevention and Combatting of Trafficking in Human Persons (2013) Act”.

We urge all governments to ratify the recent ILO convention ((C190), which addresses violence, discrimination and harassment in the world of work.

16 days of Activism against GBV campaign happens from November 25 to December 10 every year. As we mark the campaign in 2019, let’s consider the actions that we can take all year long to end GBV. Maryce Ramsey, Senior Gender Technical Advisor at the US nonprofit, FHI 360 suggests the following six focus areas:

Some programs have effectively structured participatory activities that guide the examination of gender norms and their relationship to power inequities, violence and other harmful behaviours. They work with multiple stakeholders across the socio-ecological spectrum and multiple sectors. But, we need to do a better job of evaluating these programs so we can move them from limited, small-scale pilots to larger-scale, societal-change programs.

The provision of gender-based violence clinical services has focused on “one-stop shops” at high-level facilities, such as hospitals, where all services are offered in one place. But, the majority of people who access services at high-level facilities do so too late to receive key interventions, such as emergency contraception and HIV post-exposure prophylaxis. For faster access, we should focus on bringing services closer to the community, particularly in rural areas.

RELATED ARTICLE: The issue of dignity in health facilities in South Africa

Addressing the needs of child survivors, including interventions to disrupt the gender-based violence cycle

In shelters and services for women, it is common to see children of all ages in waiting rooms or safe houses. But, it is rare to see anyone working with these children, who have experienced a traumatic event. Sometimes they are victims, but most likely they are witnesses to violence against their mothers. We lack trained professionals to work with children who have experienced gender-based violence, especially when the perpetrators are parents or other family members.

There is ample global guidance on how to address gender-based violence through certain sectors, such as health, or through discrete actions, such as providing standards for shelters or training for counsellors. But, we are missing practical guidance for building the whole system from A to Z — putting laws into practice, raising awareness of services and creating budgets.

Burnout of professionals is a reality, and we lack qualified people to deal with survivors of GBV. When a professional suffers ‘vicarious trauma’ – the emotional residue of exposure from working with traumatised people – then they can’t be effective. Nosipho Twala, Educator and Facilita 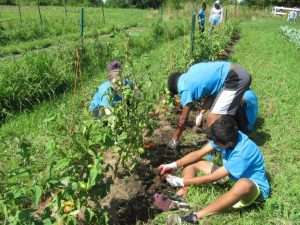